The other day, we went to the largest kitchenware exhibition in Japan held in Nagoya 「Nagoya Table Top Show 47th」 inviting the buyer from Taiwan together.

About 180 suppliers that handle such as interiors, accessories, ceramics, glassware, lacquerware, metal products, the other dishes will exhibit at the largest fair of the tableware industry! It has been held in January and June every year for more than 20 years since January 1994. 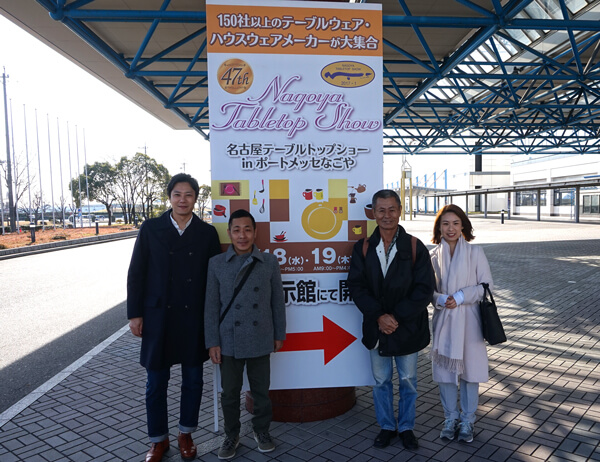 The Taiwanese buyer which we went together this time preferred to purchase the stocks such as small dishes which tourists can easily take home and a dusting dish shaped like a flower.

In the exhibition halls, special price goods, and items from individual potters that can't be found anywhere else were on exhibit. You could also order many items that are usually difficult to keep in stock. 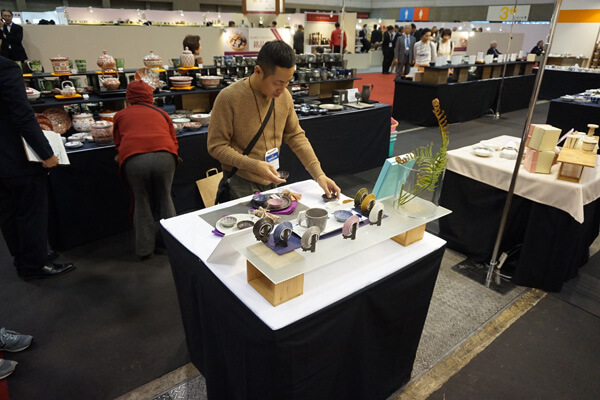 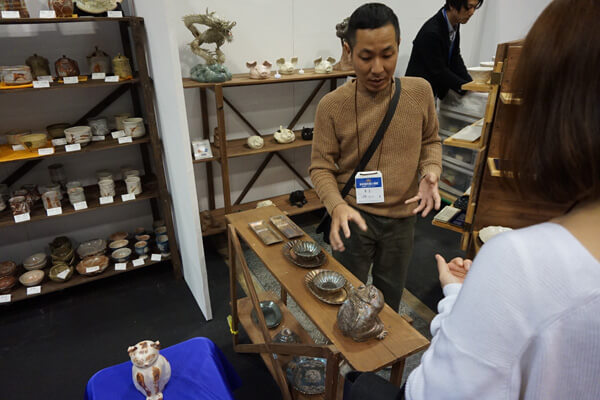 Map of Porcelain by Place of Origin Porcelain located around Mashiko city (益子町) in Haga district in Tochigi prefecture. In the late Edo (江戸) period (1603 - 1867), the origin was by building a kiln at Mashiko by Keizaburo Otsuka (大塚啓三郎) who practiced at the Hidaka Kasagaya (now Kasama city (笠間市)) during Kaei (嘉永) (1848 - 1854) period.

Since the production area is close to Tokyo, recently there is a tendency for individual creators to move and live as bases. 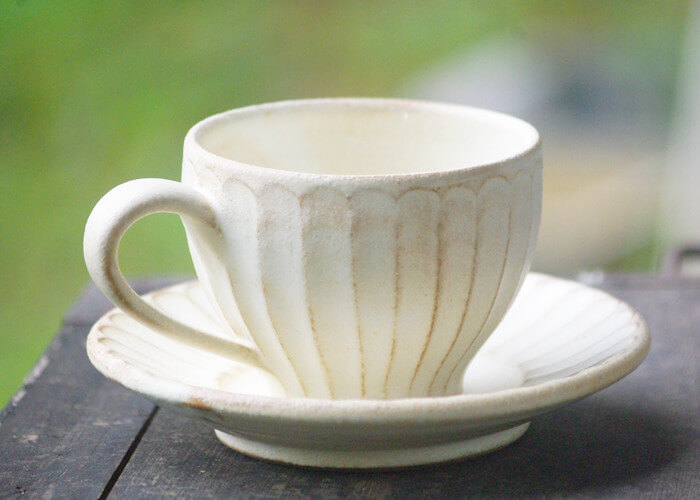 Color painted porcelain produced in the city such as Kanazawa city (金沢市), Komatsu city (小松市), Kaga city (加賀市), Nomi city (能美市) in south of Ishikawa prefecture.
The kiln of Kutani was suddenly closed once in the beginning of 1700, but the ones manufactured during this period was called old Kutani (Kokutani), and are highly evaluated unique powerful style beauty as a representative of Japanese color porcelain. 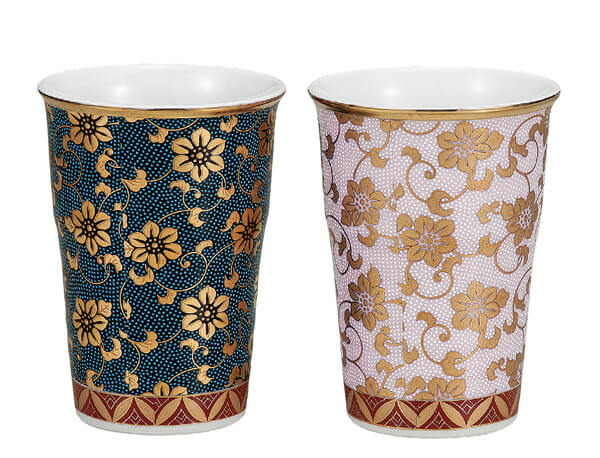 Tono area in Gifu prefecture where Mino ware is mainly produced is Japan's largest porcelains production base, accounting for about half of Japanese ceramics production. It is also a production area that can mass produce a wide range of plates from ceramics to porcelain. The generic term for pottery made around Seto city (瀬戸市), Aichi Prefecture. Early in the Kamakura (鎌倉) (1185 – 1333) period, Kato Kagemasa (加藤景正) gave the technique of glazed pottery from the founder, people say that is origin. The pottery made from ancient times based on Tokoname city (常滑市), Aichi prefecture. In the latter half of the Heian (平安) period (around 1100), a hole kiln as many as 3,000 were built in the hill of Chita Peninsula centering on Tokoname.

Pots, mountain tea bowls, mountain dishes and so on were manufactured, and those made at this time is called “Kotokoname (古常滑)” (old Tokoname). Especially, the red soil teapot seen in Japan are produced here a lot. It is the Stoneware made in Shigaraki (信楽) in Koga city (甲賀市) in Shiga Prefecture. Also, it is the one of the six Japanese oldest kilns.

The Shigaraki earth is said to be refractory, rich in plasticity and strong in the back, suitable for "Manufacturing big one"

And it is easy to handle even in "Manufacturing small one", so the rich variety of Shigaraki-yaki have been developed. The feature is also the simplicity of the earth texture. 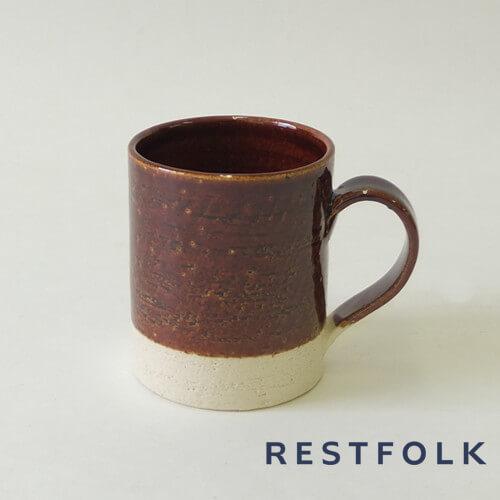 Porcelain produced in near Hasami city(波佐見町) in Higashisonogi gun, in Nagasaki prefecture.

During the Keicho(慶長) period(1596 - 1615), the lord Omura (大村氏) started with a potter who brought back from Korea. There is the durable ones such as companion bowls and compra bottles.

Since the Edo era(1603 - 1867), the people have manufactured large plates for the masses with any huge consolidating kilns. In the early 1990s, Hasami ware accounted for one third to one fourth for the share of living miscellaneous plates nationwide. 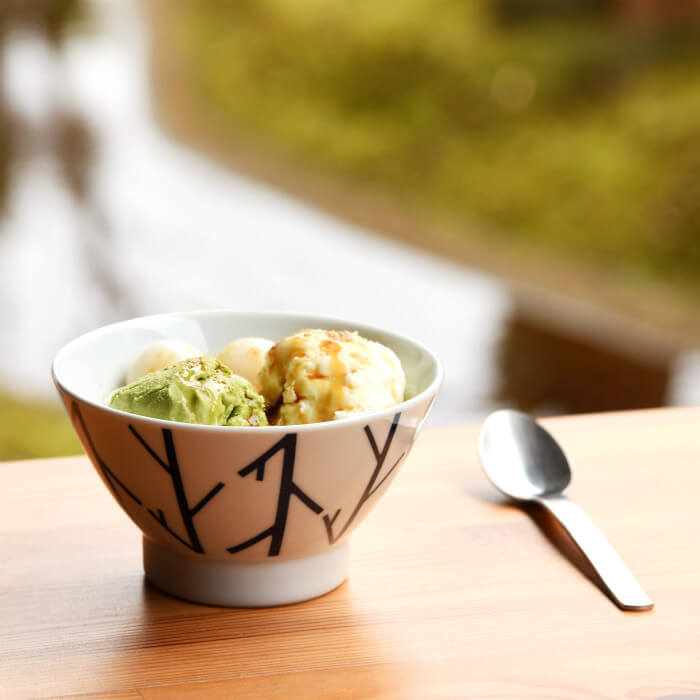 At the Nagoya table TOP Show, there were many other porcelains except the ones I introduced this time.

Since there are many kilns that has manufactured fashionable and high-quality porcelains in Japan, I would also recommend that you experience the touring around the kilns and actual production when you visit for sightseeing in Japan.