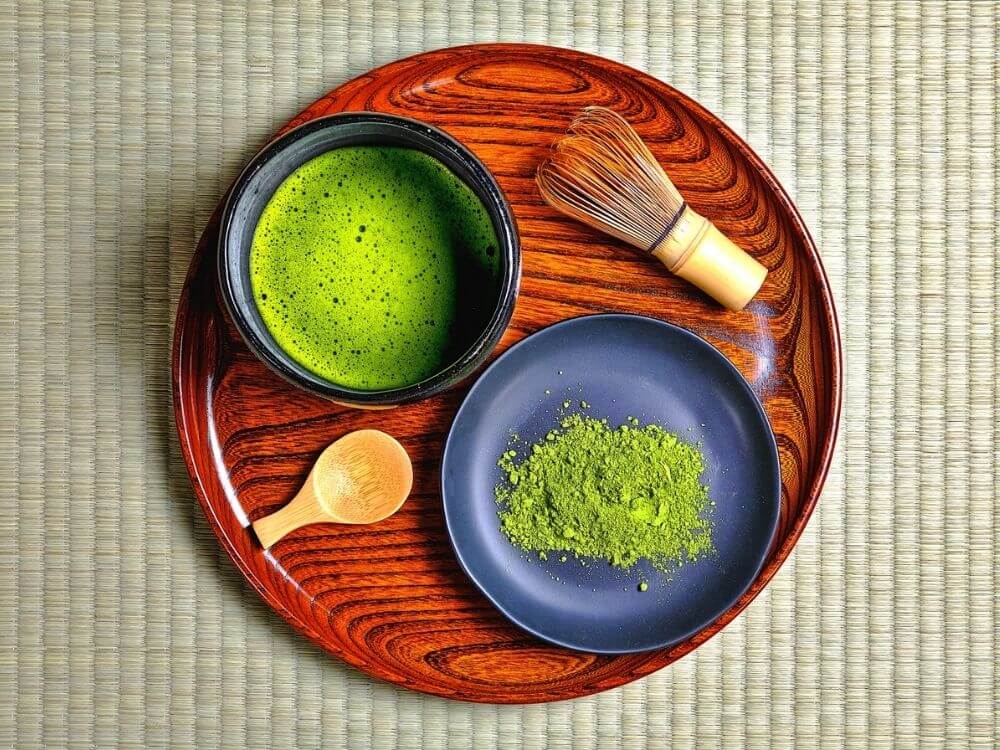 With distinct dishware and ceremonial practices, Japanese tea culture varies greatly from its Western counterpart. One of the major distinctions of Japanese tea tradition is that the tea is served in cups without handles. In addition, teacups in Japan are much smaller in size than what we are used to in the West. But perhaps the greatest distinction between the two cultures is the variety of Japanese dishware used for tea, their different names, and specific uses for each one. Today we will look at two of the most popular Japanese teacups: Yunomi (湯呑み) and Chawan (茶碗). 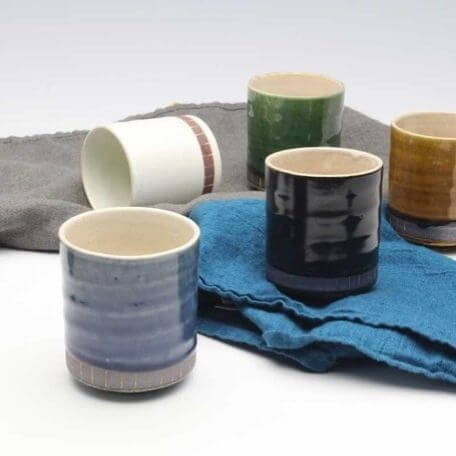 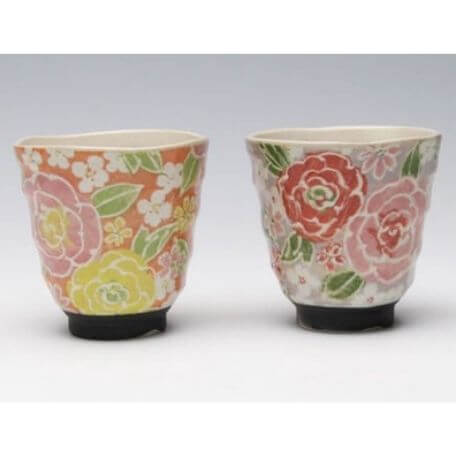 The Yunomi teacup is most widely known for everyday use, whether for tea or coffee. These are typically crafted in a narrow, cylindrical shape, but can be found in a wider-mouth style as well. Yunomi are designed for informal tea drinking and can be made from porcelain, glazed or unglazed clay, and stoneware. This style was originally brought over to Japan from China around the 9th century, along with teas and tea culture. Yunomi teacups are crafted with the concept of wabi-sabi, a concept difficult to translate from Japanese.
Essentially, wabi-sabi translates as rustic and unique charm and simplicity, which perfectly describes the style of pottery used to craft Yunomi teacups. The rugged and imperfect nature of each teacup is embraced and said to grow in beauty with time. 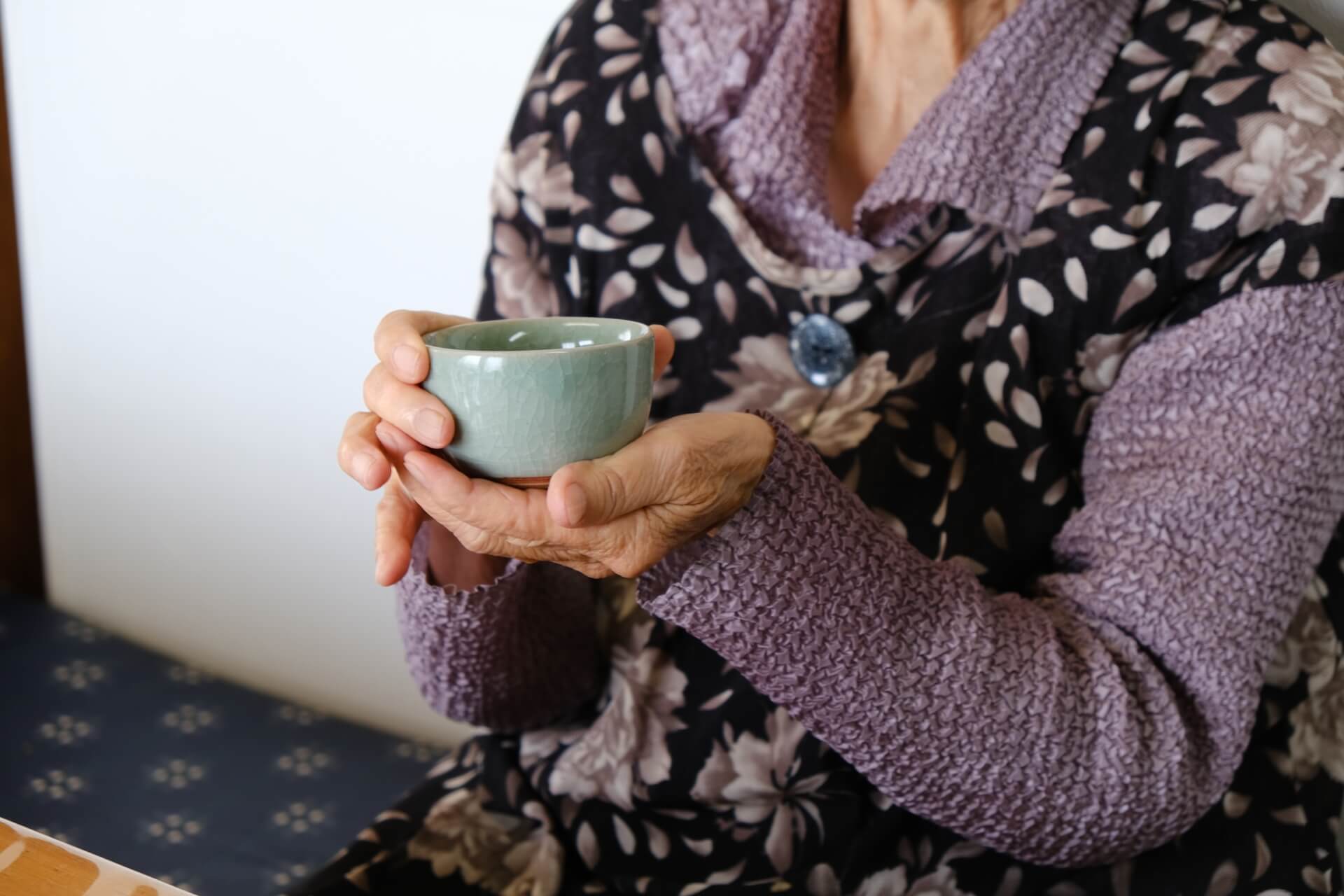 These perfectly imperfect teacups are used for serving both Japanese and Chinese teas, such as gyokuro, sencha, and kukicha. Since Japanese teas are brewed with much lower temperatures than what we are used to in the west (140-160F), the teacup never gets too hot to hold with both hands. Lukewarm temperatures ensure that only the best flavours are extracted from the leaf. The correct way to hold the Yunomi cup is with one hand around the cup and the other cradling the bottom. Any tea lover would benefit from adding Yunomi to their tea toolbox and brewing tea in the Japanese tradition. 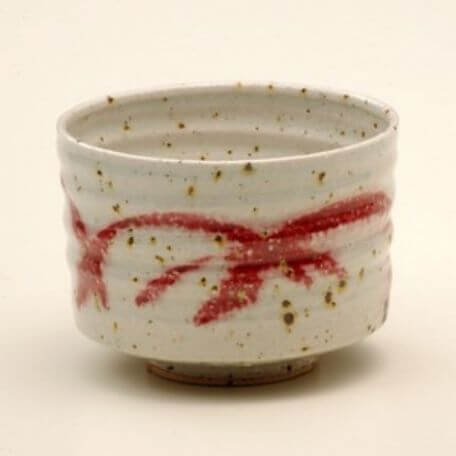 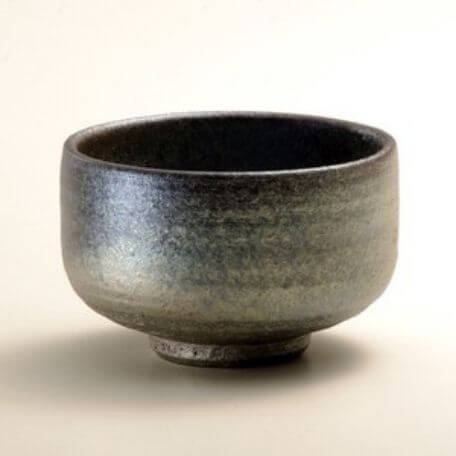 Chawan, on the other hand, is designed specifically for ceremonial use. These are commonly referred to as Matchawan as well since their primary use is for serving powdered (matcha) green teas. This wide, conical teacup was originally brought from China by monks in the 9th century, however, it wasn’t until the Muromachi period (1336-1573) that its popularity spread. At this time, tea slowly became a widespread cultural and religious practice in Japan. Lavish tea-tasting events during the Muromachi period gave birth to what would soon be known as the tea ceremony. 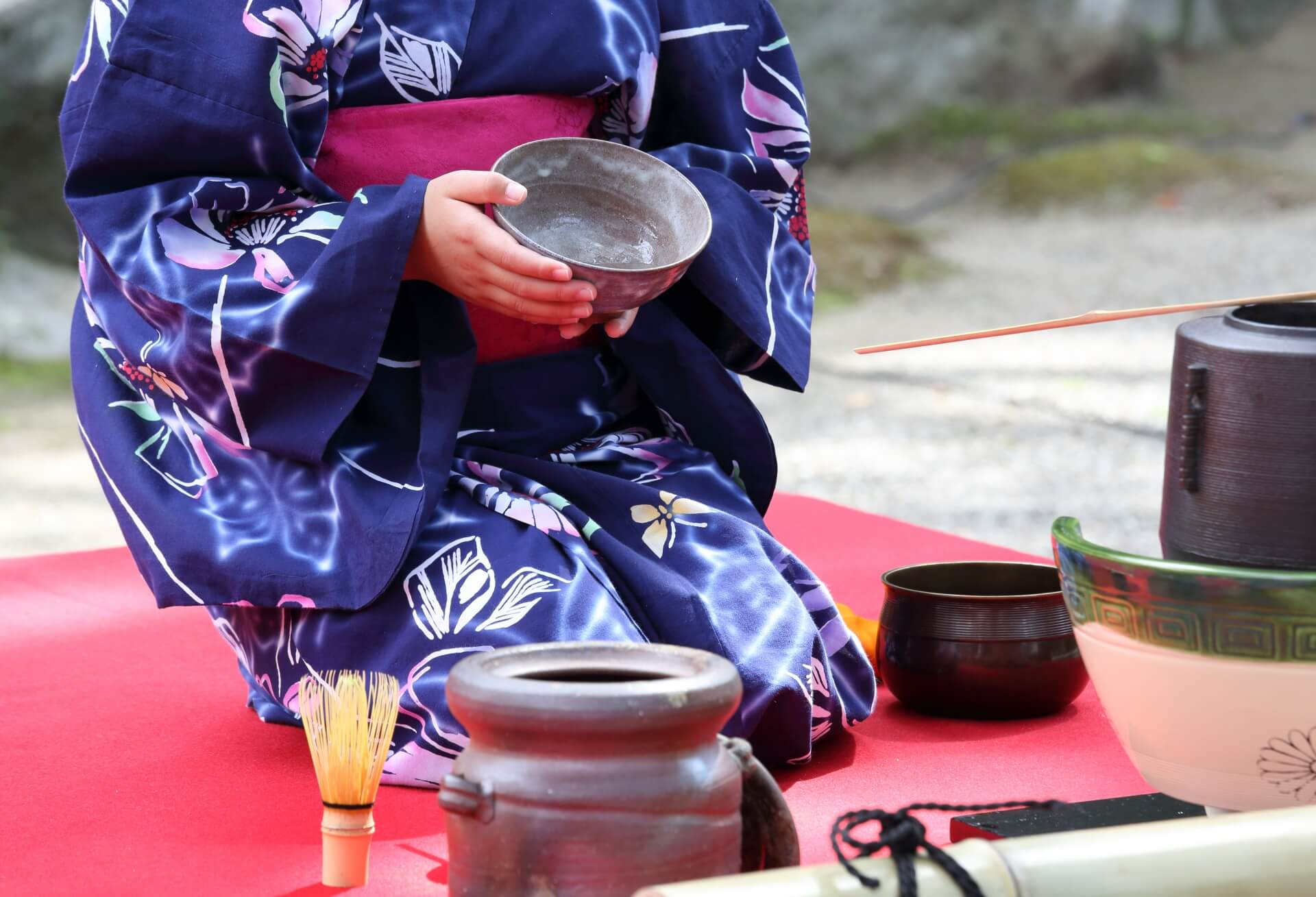 During a traditional tea ceremony, some time is spent appreciating the chawan design. The chawan design has evolved since the Muromachi period in to more of a rustic, wabi-sabi style previously described. As opposed to Yunomi teacups, which are primarily used to serve tea, the Chawan teacup is used to prepare the tea as well. Using a chasen, or bamboo whisk, the green tea powder is gently mixed with boiled water inside the chawan.
During a traditional matcha ceremony, the chawan is passed around for each guest to take a sip, clean the rim, and pass it along. Unlike the Yunomi, the chawan is wide enough to also be used as a rice bowl, also known as meshi jyawan. This teacup is a must-have for any Japanese culture or tea enthusiast.

Using traditional Japanese teacups is a wonderful way to elevate your next tea-drinking experience. Adding Yunomi and Chawan to your inventory gives your clients the chance to get inspired by these ancient Japanese traditions.

With our wide selection of Japanese teacups and dishware, you will become your clients’ go-to for authentic Japanese items. Sing up now to become a member of SUPER DELIVERY and provide your clients with a one-of-a-kind Japanese experience!