Then, do you know the Japanese daruma?
Daruma (Japanese: 達磨) are figurines modeled after Bodhidharma, the legendary founder of Zen Buddhism. In Japan, Daruma is often used as lucky charms to make wishes. It is often purchased at the time such as New Year, election, and so on.

Meaning of the color of Daruma

Daruma changes its color depending the wishes.
The most common one is red, but there are also any other colors as below.

How to make a wish 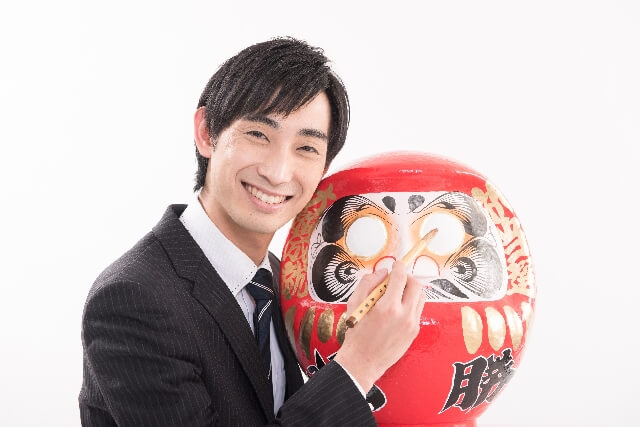 When making a wish with a Daruma, you fill in one of the eyes, usually the left one first, and once the wish is granted, you may fill in the other.

The character for wish "願" and the character for eyeball "眼" are pronounced the same in Japanese, this led to the association between filling in the "eye" for good luck.

What is Daruma made of? 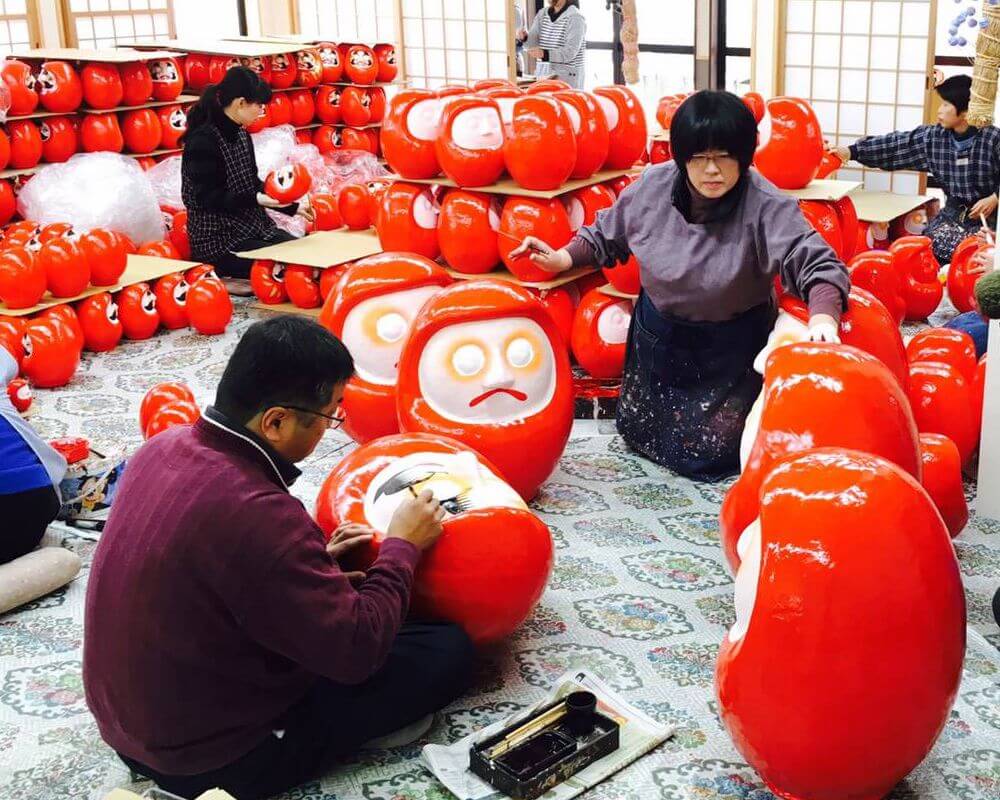 It looks hard at first sight, but it is actually made of paper. Traditional Daruma is made by a method called “Hariko (張り子),” which stuck Japanese paper with molds, but currently the method called vacuum molding is the center now. Since it is hollow inside, you can feel lighter than you expected.

In addition, the face is drawn by craftsman handwritten by considering with the representative things of good luck such as crane and turtle. It is also one of the features that the each face is slightly different. 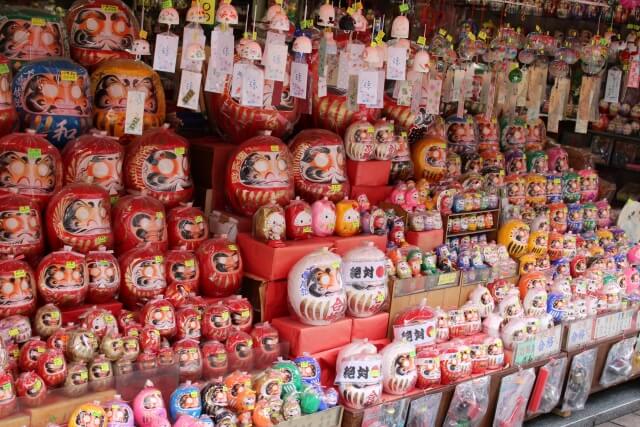 The daruma markets which sell daruma in the production areas of Daruma at regular intervals are held every year.

Why don't you visit there when the timing matches the time you came to Japan?

Where to buy Daruma? 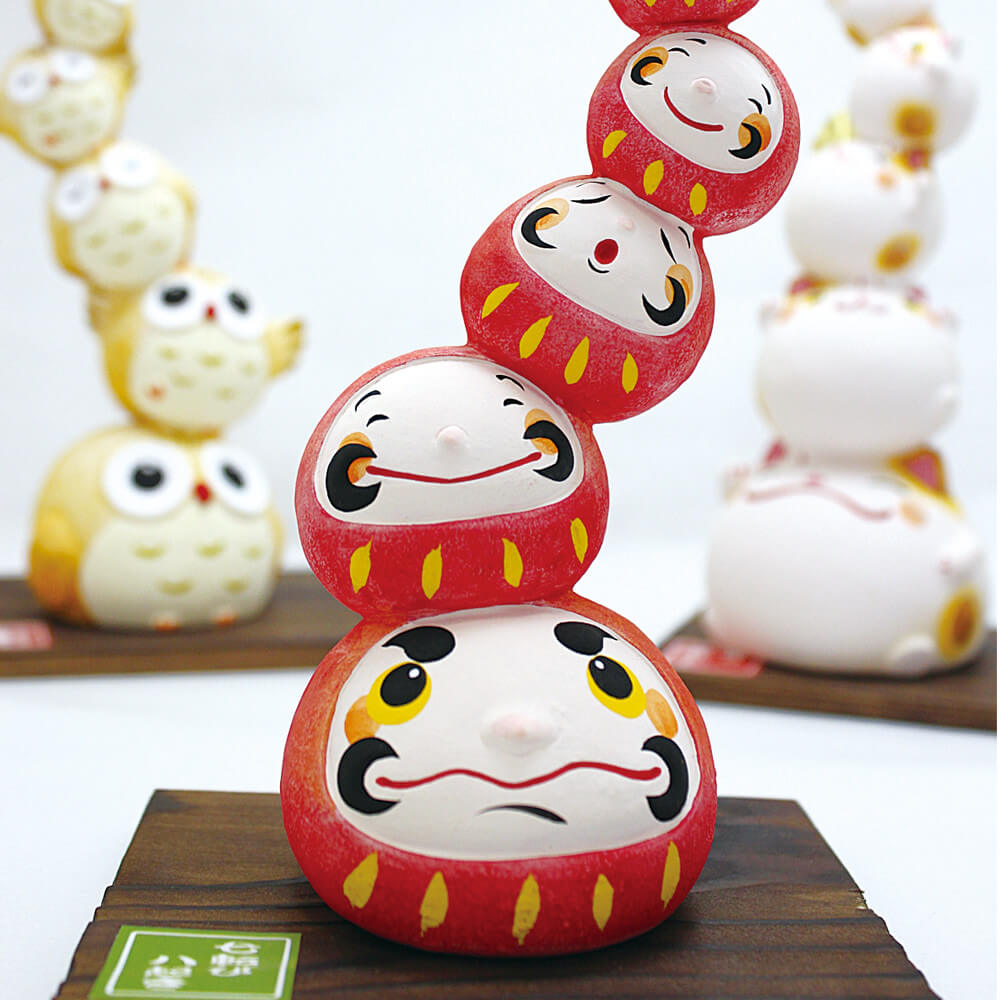 You can purchase a wide variety of Daruma Dolls such as traditional ones and contemporary pop ones via the wholesale market place "SUPERDELIVERY" which can be sent directly from Japan to overseas.

How about trying to sell it as the items of good luck charm?